Radio station format changes are not usually pleasant. For reasons known only to station owners, they tend to be drastic, abrupt, and unwelcome to loyal listeners.

Friday evening, as I was getting ready to take a shower I tuned the bathroom radio to KBOQ hoping to hear classic rock tunes which is my favorite entertainment for my particular bathing ritual. But instead of classic rock, it was just...classical.

Now don't get me wrong. I love classical music as much as any other form, but it was still kinda jarring to expect one thing and hear something very different. At first I thought it was some sort of feed mix-up, as this particular station had that happen once before. But no, apparently KBOQ is now rebroadcasting San Francisco's classical KDFC in Monterey. So KBOQ, originally known as "K-Bach," has come back to its classical roots.

Five years ago Mapleton Communications abruptly changed KBOQ's format from classical to classic hits, much to the dismay of everyone whose alarm clock-radio was set to gently waken them to Mozart or Handel. Getting hit in the head by Led Zeppelin and the Doobies at 6:00 am one Monday morning was an obnoxious surprise to say the least. A lot of long-time K-Bach listeners were very, very angry.

I was among them, though I kinda saw it coming. Mapleton didn't have a clue as to how to run a proper classical station, a problem I described in detail in a 2011 Mental Note entitled "KBOQ bites the dust....again!"

KBOQ's classical resurrection creates an interesting situation in the local radio market. You see, a year or so after K-Bach went rogue, a new commercial classical station KMZT, K-Mozart, came to town at 95.1 FM and neatly filled the void. The big question now is whether the Monterey Bay area can support two classical stations. We've never had more than one at a time.

Perhaps a clue can be found in an interesting twist to this story. You see, KDFC's Big Sur frequency 95.9 FM was, until very recently, owned by K-Mozart! According to a USC Radio Group blog entry, K-Mozart's parent company, Mount Wilson Broadcasters, donated their Big Sur station to USC "in order to ensure these important communities had a strong classical music service.” Perhaps this is a signal that KMZT also has a format change in the works. We'll have to wait and see.

I love Carmel. I was born in Carmel during one of the final years of it having its own hospital and maternity ward. Carmel is in my blood, and like many people I never want it to change. Of course, over the last 56 years it has, in many ways, changed quite a bit, sometimes for the better, sometimes not. Yet it is comforting that many of the village landmarks I grew up with, from the Pine Inn to Bruno's Market still look pretty much the same as they did in my earliest childhood memories.

For some strange reason a single building on the corner of 7th and Dolores seems to be the focal point for the local political drama over keeping Carmel Carmelish. Several years ago it was suggested that a Long's Drug store might occupy the former bank building, but that was shot down by the anti-chain-store crowd whose short memory forgot that the townsfolk fought to preserve a similar chain store that closed its Ocean Avenue location just a decade earlier.

More recently there were arguments over whether the relatively new (1970s) building was architecturally significant and worthy of preservation or a disposable piece of modern architecture improperly imposing itself on Carmel's classic storybook charm. After that was settled in favor of keeping the building, there were more arguments about what sort of business should occupy the space.

Eventually it became an “event center” for “special events.” Then early this year the owner thought a market and deli would be a nice fit for the building, but the machete and pitchfork wielding townsfolk thought it looked too much like a dreaded “fast food” operation.

Now the owner wishes to open a restaurant there. A fairly large, but non-threatening restaurant. That should be fine, right?

Apparently not if it has a display case with two cash registers. According to competing restaurant owner Rich Pepe that makes it not a restaurant but a “food court.” And because food courts are typically associated with big suburban shopping malls, a display case in a restaurant is a direct threat to Carmel's way of life (Patisserie Boissiere excepted).

According to Pepe, “Many of us feel a very large, 100-seat cafeteria/food court operation in Carmel will only encourage day-trippers and damage Carmel’s fine reputation as a unique village.”

Putting aside the obvious snobbery, I think it's safe to say that the duration of a visitor's stay will never be influenced by the mode of food service offered on the SE corner of 7th and Dolores. The decision to come to Carmel for a day, a weekend, or a week is typically determined by such factors as personal schedules, how far they have to travel (someone from San Jose will likely return home in the evening while a visitor from Omaha would probably stay a night or two), and the purpose of their visit.

Personally, I think a food court would make a wonderful social hub well suited to the Carmel lifestyle. I'm not talking about the kind with cheap formula fast food, plastic chairs, Formica tables, and sporks, but rather a comfortable dining space surrounded by local vendors offering coffee, pastries, sandwiches, soups, and such. It could be a place where locals could stop for an easy lunch or snack en route to the post office or library. A place where friends and neighbors could run into each other by chance and enjoy each other's company in a relaxed setting. In my vision it also has a fireplace.

But neither Pepe's nightmarish day-tripper attractant nor my vision for a community social hub is what's being proposed. It's just a restaurant with a harmless display counter. The problem isn't the display case. The problem is that Carmel's regulations are so blasted rigid and formulaic now. Any deviation from what is legally considered Carmelish is treated as a crime. They have eliminated any possibility of creativity in business management or aesthetic design. The irony of course is that Carmel's charm was developed by people who came here so they could be free to express their creativity in art, architecture, and business as they, not society, saw fit. I think they would be horrified by Carmel's regulations today.
_________________ 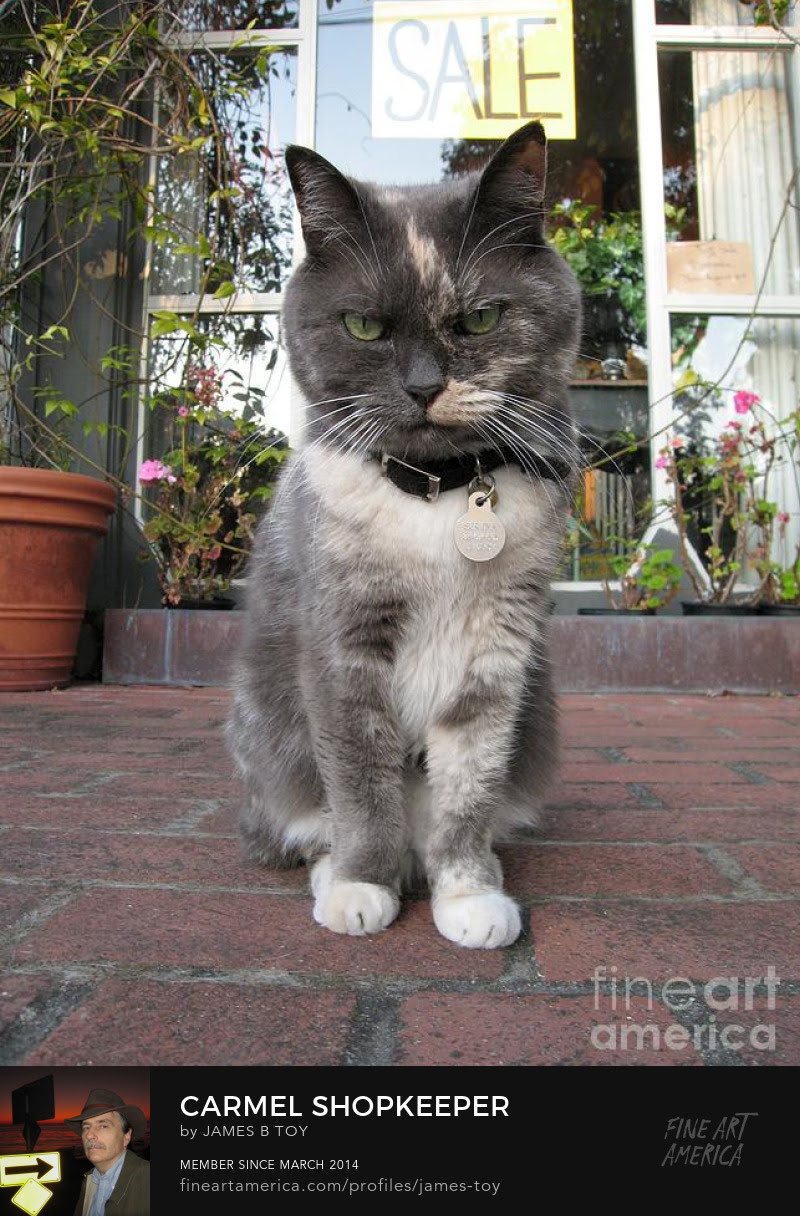